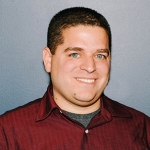 Jason is a Product Designer for Nasdaq and has been designing and developing enterprise web applications for over a decade. He helps find solutions to complex business problems and validate ideas through code. Jason’s design tools of choice are HTML, CSS and JS. A Metuchen resident since 2011, Jason has coached his son’s soccer and baseball teams and volunteers for the Metuchen Farmers Market.

Educated as a scientist and designer, working as a facilities planner and operations manager, Nelson codes as a means to be a better planner and manager. He uses SQL to analyse space occupancy information and uses visualization tools like Tableau to get insights and understanding about client real estate portfolios. Nelson moved to Metuchen in 1997, has children in the middle and high schools, and is involved in other town activities such as managing the Metuchen Farmers Market, sitting on the Development Commission and being a board member of the Metuchen Area Chamber of Commerce.

Shannon’s wife once called him a Technology Zen-hippie geek, and it’s a title he’s happily embraced ever since. He currently works as a software tester for an enterprise software firm in New Jersey. Over the years, he’s dabbled in just about every type of technology, and loves to explore new software. He likes to code because programming is a fun way to understand real problems and working solutions. Shannon has lived in Metuchen since 2009. Currently working on Pong-in-Space… and Bloosy using Scratch Studio. 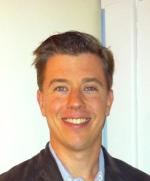 Ilio has been working with software / web teams for over 18 years to build products in different industries like Education, Government, Media and Tech Start Ups. He currently leads Delivery Management and Agile / Lean Practices for an Education company. A Metuchen resident since 2008, Ilio and his wife have two children attending Campbell.

Dan is a Software Engineer at Google and has been building large scale systems for the past 15 years. His preferred programming languages are C++ and Go, but can manage Java, C#, Python, and HTML/CSS/JS as well. Dan moved to Metuchen with his wife, daughter, and dog in 2013.

Matt is a web developer at the IEEE Communications Society and has been working in web and software development for 15 years. His fascination with computers started early when he learned to program in grade school. He is excited to share this great experience with a new generation of programmers. Matt and his wife moved to Metuchen in 2009 with their two dogs and recently welcomed their son. He also volunteers as an EMT and is Lieutenant at the Metuchen First Aid Squad.

When not fathering his two sons and cooking dinner, Alex is a mobile application developer with SHI International. Alex has nearly 2 decades of Software Engineering experience in e-commerce, finance, web, and high-volume enterprise systems. His favorite language is C#, but also likes Java, and HTML5/CSS/JS. Alex has been slowly green-renovating his house here in Metuchen for 10 years, and volunteers for the NJ Electric Auto Association and Scouting. 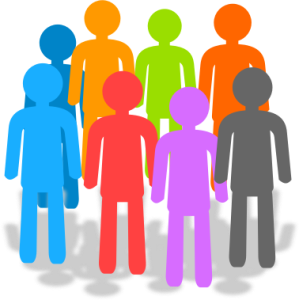